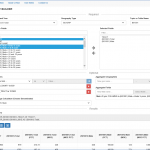 It’s been a long and winding road, but the ACS Sidekick is officially here! Sidekick makes it much faster and easier to process Texas data from Census American Survey 5-year estimates. It can help if you:

Registration is free but the user does need to create an account to so they can save and re-use lists and queries. 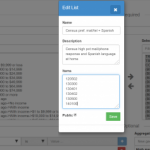 If you’re already familiar with the ACS dataset and commonly-used tables, you should find the Sidekick easy to use. If you’re not, you’ll face a learning curve, but it’ll be worth it. In either case, we strongly recommend checking out the #protips in User Notes.

The Technical Notes include a cheat sheet of tables for common topics, plus basic information about how ACS tables are named and numbered. You’ll also find helpful information about Census geographies, ACS concepts and questions, and basic trainings on the Sidekick landing page.

The ACS Sidekick was developed for CI:Now by Jef Waltman Technology Consulting.

Support for ACS Sidekick development was generously provided by the Kronkosky Charitable Foundation, the United Way of San Antonio and Bexar County, a Community Engagement Small Project Grant from the UTHealth San Antonio Institute for the Integration of Medicine and Science, and Jef Waltman, who donated much of his time to the project. We also thank the Health Collaborative and several data users for donating their time to help us to conduct usability testing to improve the Sidekick.